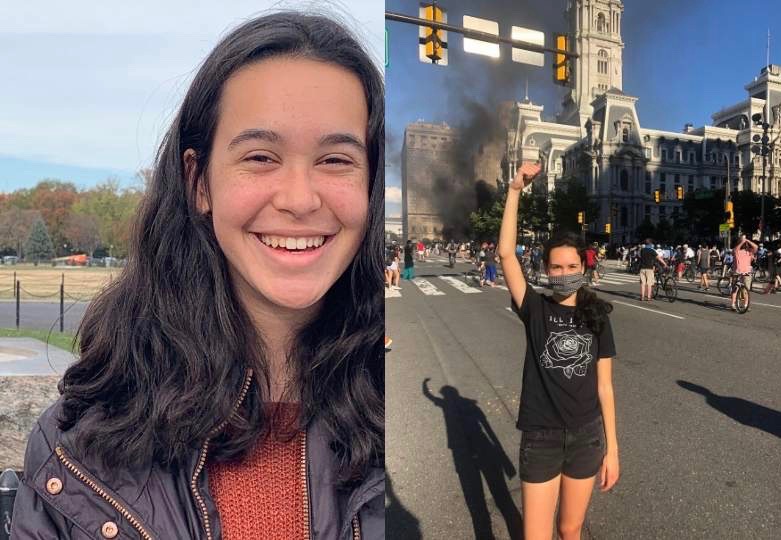 “As you know, this has been a really hard week to be a black person living in America. I’ve felt a lot of anger, sadness, and frustration, more than I ever can remember having. What gives me hope, though, is knowing that you all are here for me:) I’ve gotten a lot of messages of support from people, and I’ve also received a lot of texts from people saying that they want to help, but they don’t know what to do.

That inspired me to write this list of some things that people can do to stand in solidarity with Black citizens during this tough time.  I would love it if you took the time to read it.”

How can I help with the Black Lives Matter movement as someone who is not African- American?

This is a question that I’ve witnessed a lot of people asking. I understand that you are probably feeling the struggle that many people feel, where they want to help but don’t want to overstep their boundaries or they feel frustrated that what they do may not make much of a difference. I’m here to tell you that you CAN make a difference, and that you have a responsibility to make a difference as someone with privilege. I’ve put together a couple of things that one can do to support this movement. The privileged, especially white people, need to be among the first to step up in order to make change, so I hope that you try at least a few of these steps, and hopefully all of them. We are in the midst of a historical movement. In the words of Beyonce, “we can no longer look away.” It’s time to start caring, and start taking action.

Reach out to your Black friends and family.

This is a really hard time for the Black community, and we are dealing with frustrations and anger that have been felt for a long time and fear that it could be one of us next. After a tragedy like the murder of George Floyd, something that is really easy to do but means a lot is to extend a hand to any Black people that you are acquainted with. Whether it’s simply a text or a call to check in, or bringing over a meal, it will be a touching act that shows you care.

It can be uncomfortable. It can be hard. But sometimes stating it out loud allows things to sink in more than just seeing it on the news can. Just yesterday, David McAtee was killed by the police, after he fed them and the homeless for free every day. They left his body in the street for 12 hours. George Floyd was killed by the police. Breonna Taylor was killed by the police in her own home. Ahmad Arbery was shot for jogging while Black. Trayvon Martin. Eric Garner. Michael Brown. Freddie Gray. Sandra Bland. Tamir Rice. Countless more, whose deaths are highlighted for a couple of weeks and then, oftentimes, forgotten. These were real people, with real families and real lives that were snatched away from them because of racism. Keep them in your memory. Mourn for them. And then be inspired to make change so that this does not have to be a continual occurrence.

Know the facts. According to the Washington Post, since January 1st, 2015, 1,252 Black people have been shot and killed by the police. That is a staggering amount, which does not even include those who died in police custody or who were killed by other means. About 1 in 1000 Black men and boys can expect to be murdered by the police, which is 2.5 times more likely than white men and boys. According to the LA Times, Black men have a better chance of getting shot by the police than at winning the lottery. Yes, these are terrible facts. But knowing them can help one to be inspired to change these terrible circumstances. I also encourage you to either talk to a Black person or read something by a Black person about how it feels to be stopped by the police, or even how it feels to live in the racist society that America is. This can be very eye-opening to some people.

Here’s an article from 2013, but that still sadly applies today.

This is another article written after Ahmaud Arbery got shot.

Two books that I would also recommend reading, if you haven’t already, are The Hate U Give and All American Boys. If you end up reading them, I would love to talk about them with you.

The website www.colorofchange.org has a lot of resources to demand justice or you can just text ENOUGH to 55156 for a link that will take you straight to a petition. Sign as many of them as you can, and share them with your friends, especially the ones who you think would not typically find this type of thing on their own. Something else that you can do is call or email your legislator, demanding that they are held accountable. Even better, write to your representative. It’s been shown that the more personalized a letter is (aka handwritten), the more that your opinion will be taken into account.

Vote out the bigots.

Namely, Donald Trump. I feel unsafe as a person of color, knowing that he is my president. As leader of our country, he should be comforting the masses, listening to change, and acknowledging that we are in a crisis. Instead, he is fanning the flames, calling protesting citizens “thugs,” and encouraging the National Guard to use deadly force against them and had the audacity to speak about the situation, while right outside the White House the police were spraying peaceful protestors with tear gas. He spreads lies and hate to his Twitter followers, and is tearing down a lot of the progress that America made by electing their first African-American president. He needs to get out of any leadership position before he runs our country to ruins, and it is your responsibility to vote him out of office.

What does this look like? It is different for everyone. It may mean going out to a protest. It may be putting up a Black Lives Matter sign in your yard, to show that you are an ally. It may be continuing the conversation, even (and especially) with people who don’t want to have it. Finally, notice that subtle racism does exist, so speak up when you notice it – from others or from yourself. An interesting test that I encourage you to take and to share with your friends is the Harvard Implicit Bias Test, which shows that many people have an automatic preference for European Americans over African-Americans. Click the link and then click the Race Test.

Once you’ve found out your results, figure out how to make a change in your own life. Remember that no lives matter until…

What does it mean to stand in solidarity?

Say their names.
Mourn for them.
Get angry.
Never stop caring
or give yourself a break. ‘Cause we never get

and your blue lives matter friends.

Recognize that our country has a history of racism,
was built on racism. African-Americans

do not have the same rights
that others do in our country.
Use your privilege to help others
not just yourself.
Realize that the blood on the ground wouldn’t be there
if George Floyd were white.

Vote out the bigots,
the ones who call Black people thugs,
who hide behind
Twitter and “Christianity.”
Who sits in their house
that was built by slaves, moving this country
as many steps back
as he can.

Whatever you do, do not say all lives matter.
No lives matter until
Black Lives Matter
It’s so frustrating. I’m upset. But we will stand together. And bring hope.

Charissa (Rissa) Howard is a rising junior at Lower Merion High School.  She lives with her family in Wynnewood, Pennsylvania.