IT HAPPENS MORE THAN YOU THINK

CHILD USA considers “child marriage” to be a form of “forced marriage,” as minors are legally incapable of providing consent. CHILD USA defines  “child marriage” as a formal marriage or informal union where one or both parties is under the age of eighteen.  Today, the global rates of child marriage are high.  According to UNICEF, approximately twelve million girls — or one in five — across the world are married before their eighteenth birthday each year.  In the United States, child marriage is a pervasive issue with devastating domestic consequences.  Between 2000 and 2018, almost 300,000 children were married in the United States alone, with approximately 30,000 to 60,000 of those marriages occurring at a spousal age difference that should have been considered a sex crime. 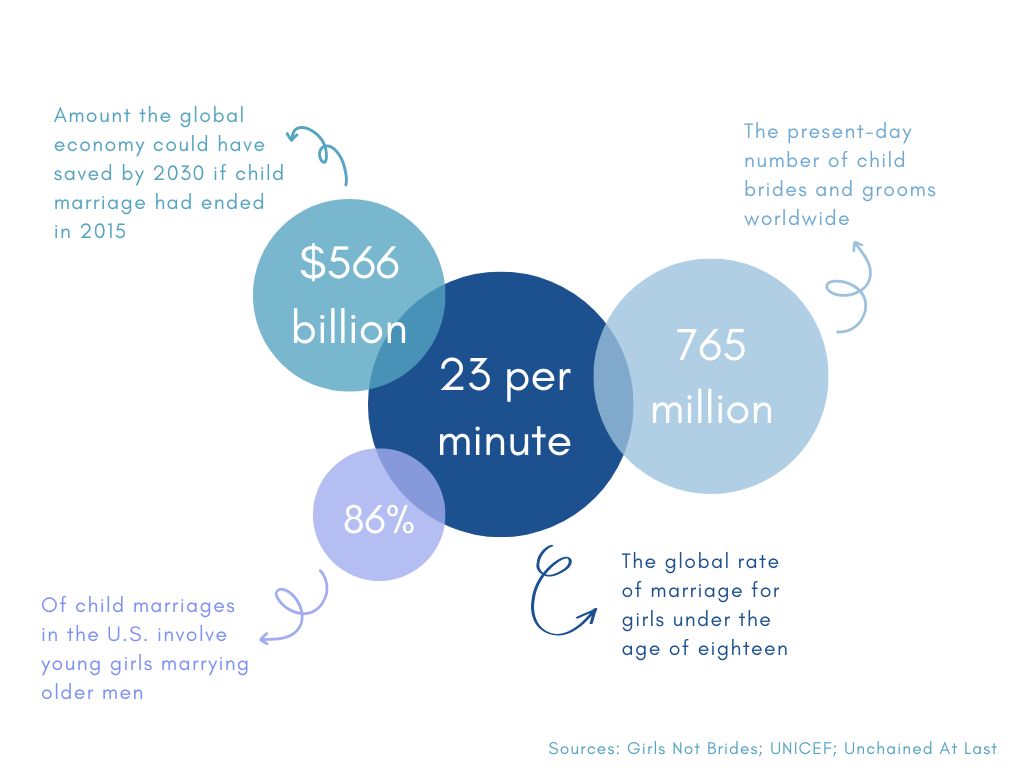 Because there is no federal law regulating child marriage, states are free to establish their own requirements.  Child marriage remains legal or unchecked in 46 states.  While most states do impose a minimum marriage age, the majority of them set that age at under 18. Additionally, the majority do not require marriage applicants to furnish official proof of their age, which allows many underage children to slip through the cracks.  Other states permit the practice to continue through parental, judicial, religious, or pregnancy exceptions.  Only four states — Massachusetts, Minnesota, New York, and Rhode Island — have banned child marriage outright by requiring that both parties provide official proof that they are 18 years or older before they can obtain a marriage license.

Child marriage is a gendered practice with grave social, financial, physical, and psychological consequences.  The United States Department of State has called marriage before 18 a “humans rights abuse” that “produces devastating repercussions for a girl’s life, effectively ending her childhood.”  To protect children and secure their futures, the practice of child marriage must be outlawed.  The movement to end child marriage and sex abuse in the United States is growing, and CHILD USA is dedicated to reforming the laws to ensure children are not married before the age of 18. 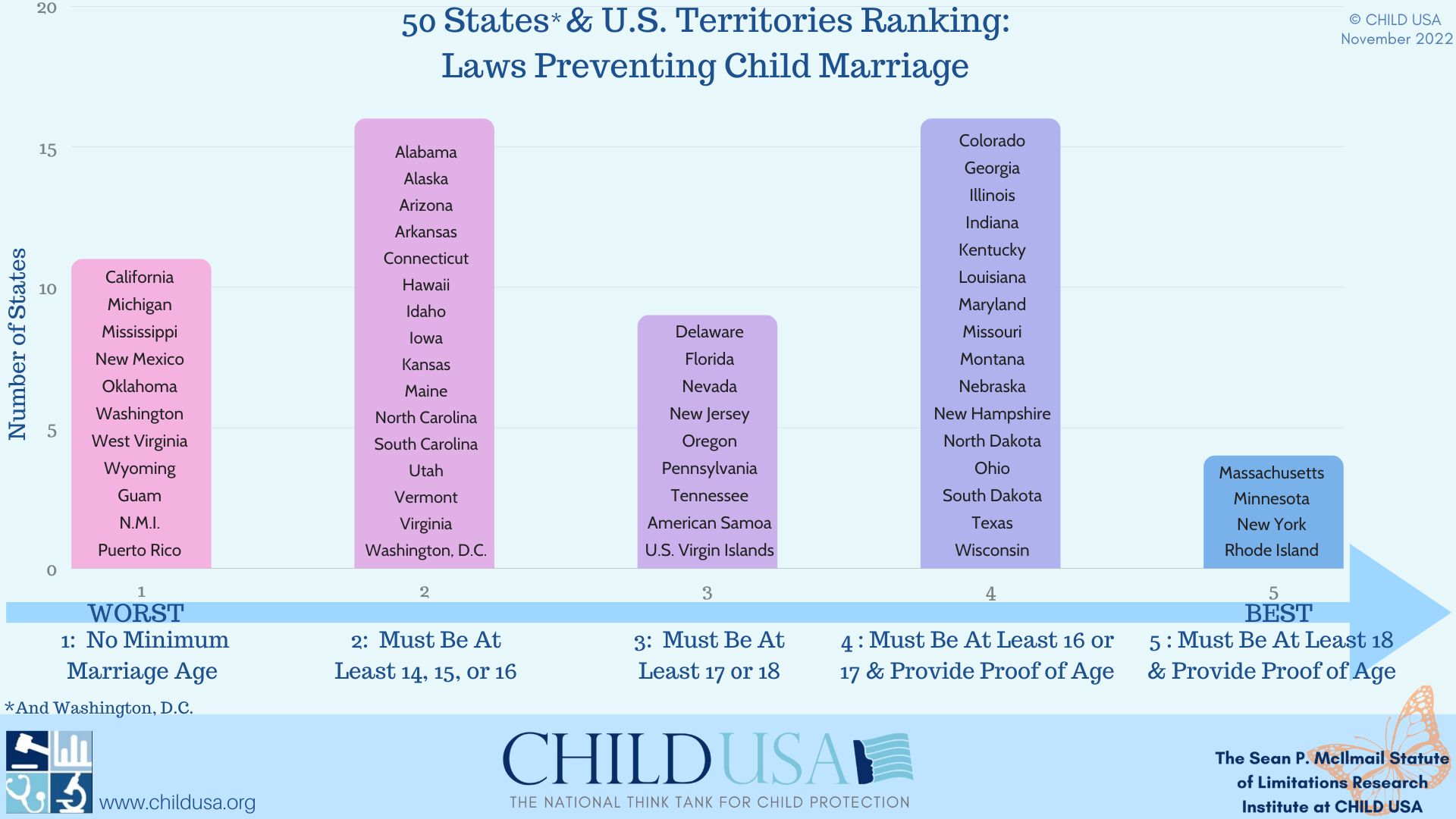 CLICK HERE TO SEE THE CHILD MARRIAGE LAWS IN YOUR STATE