Our nation’s child welfare system exists to fulfill society’s collective commitment to protecting children when they become victims of serious abuse. Unfortunately, this system is deeply flawed, and youth involved in child welfare services are often retraumatized, revictimized, or otherwise poorly served. Children of color are overrepresented in this flawed system, and in a national moment of reckoning on issues of race, we face a critical question: do we advocate for reforms or tear the child welfare system down?

The past few years have seen increased calls to dismantle state-run institutions that have disproportionately affected people of color. Advocates have popularized slogans to abolish Immigrations and Customs Enforcement (ICE) during the border crisis under former President Donald Trump. More recently, the Black Lives Matter movement popularized the call to abolish the police in the wake of the murder of George Floyd. Advocates argue that these institutions are past the point of reform and that true racial justice requires a more radical approach to immigration and criminal justice. A similar abolition movement has gained traction within the field of child welfare.

Dorothy Roberts, a professor of Law and Sociology at the University of Pennsylvania, has been vocal in calling for the abolition of what some child advocates have termed the “family regulation system” or the “family policing system”. According to Professor Roberts and like-minded critics of child welfare, the child protection system punishes parents and children of color by over-policing families, especially African American families, leading to devastating effects for communities suffering from economic disadvantage and the effects of systemic racism. Roberts states her position on abolition as:

“Abolition means completely dismantling this system of family policing — not reforming it or replacing the current system with a new and improved system. It means ending its philosophy, design, practices and policies and building a different way of caring for families.”

Racial disproportionality is a serious issue in child welfare.

Most substantiated child welfare cases involve instances of neglect, and there is a clear link between the effects of poverty and circumstances which facilitate neglect. Calls to abolish the child welfare system correctly pinpoint this association between physical neglect and poverty. Accordingly, there is a valid sense of urgency to address longstanding injustices in child welfare and to re-examine how we deal with neglect cases. However, in the absence of a formalized child welfare system, and with no identified alternative, we must question how our society would respond effectively to abuse and neglect, including CSA, occurring within families.

CSA is under-reported, and victims would be particularly vulnerable without systematic protection.

Reports of CSA to child protective services represent a significant underestimate of how many children are sexually abused each year in the United States. In contrast to cases of neglect, which critics argue are overreported to and monitored by child welfare agencies, CSA cases are under-reported, and survivors endure prolonged suffering as a result. The effects of trauma, shame, guilt, social stigma, and lack of knowledge about reporting procedures all contribute to underreporting of CSA.

Compounding the issue is the fact that a significant proportion of CSA occurs within families. A 2012 report found that 33% of sex offenses against children were committed by family members. 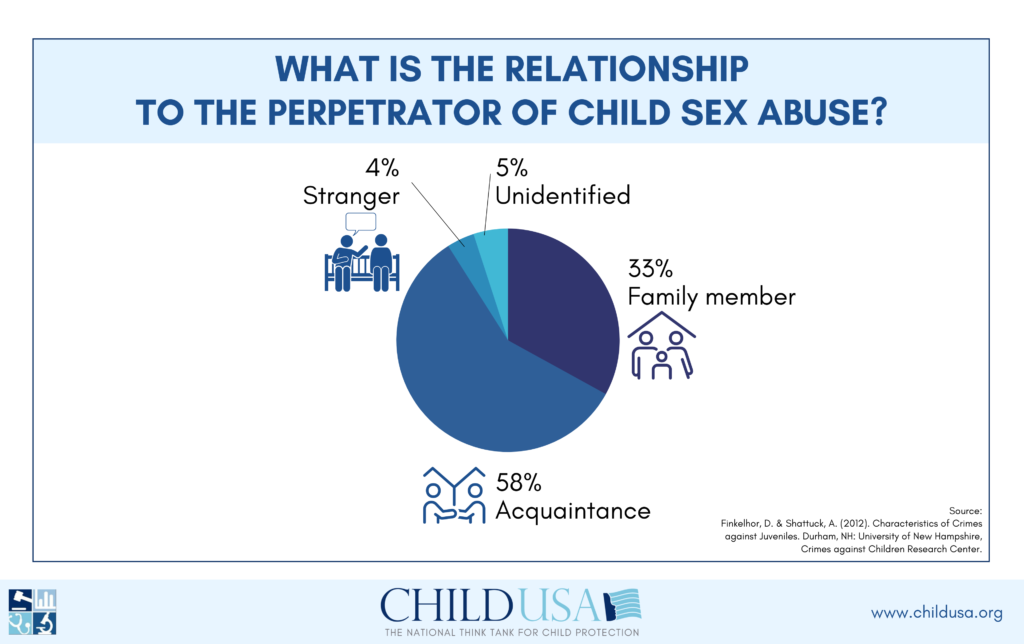 Many of these cases require the intervention of child welfare workers to stop the abuse when parents fundamentally fail to protect their children or commit the abuse. However, it is often very difficult and takes longer for child victims of intrafamilial CSA to report their abusers, partly due to the attachments and dependence inherent in these relationships.

We need to create more opportunities for CSA victims to come forward and access safety and justice. Reforming the deeply flawed child welfare system could increase trust for the system among communities of color and potentially increase willingness to report serious abuses to authorities. Dismantling the child welfare system, however, would shut down an important pathway toward healing. If the child welfare system disappeared overnight, who would step into the void to protect victims of CSA and severe physical abuse?

A balanced approach seeks reforms while pursuing justice for victims of child abuse and neglect.

The movement to abolish the child welfare system brings critical issues of systemic racism to the forefront of a national conversation on child protection. Our society must actively pursue policies which alleviate persistent poverty, reduce stress on parents, and allow families to thrive economically and socially without state intervention tinged with racial biases.

To the extent that the emerging abolition movement makes the case that we should seriously examine and reform the way we address cases of physical neglect linked with poverty, it makes a valuable contribution to child welfare policy. It also suggests that policymakers should invest more in anti-poverty measures and supporting struggling families.

However, until scholars and advocates can lay out a clear vision for a different way to address severe cases of abuse such as intrafamilial CSA, it is difficult to support calls to fully abolish the child welfare system. Child advocates must continue to make the case that there is a role for state intervention when severe abuse takes place. Child protection policy must be child-centered and focused on the needs of youth in high-risk contexts, first and foremost.

We cannot abandon child abuse victims in the pursuit of social justice. Instead, our public policy should reflect a stronger commitment to child abuse prevention while shifting resources away from a misguided attempt to police family systems struggling under the weight of racial and economic inequality.