CHILD USA engages in many projects to prevent child abuse and neglect.  Check out each project below!

Virginia Commonwealth University researchers from the School of Education and the School of Medicine, in partnership with CHILD USA, have been awarded funding by the CDC to study the prevention of school employee sexual misconduct. 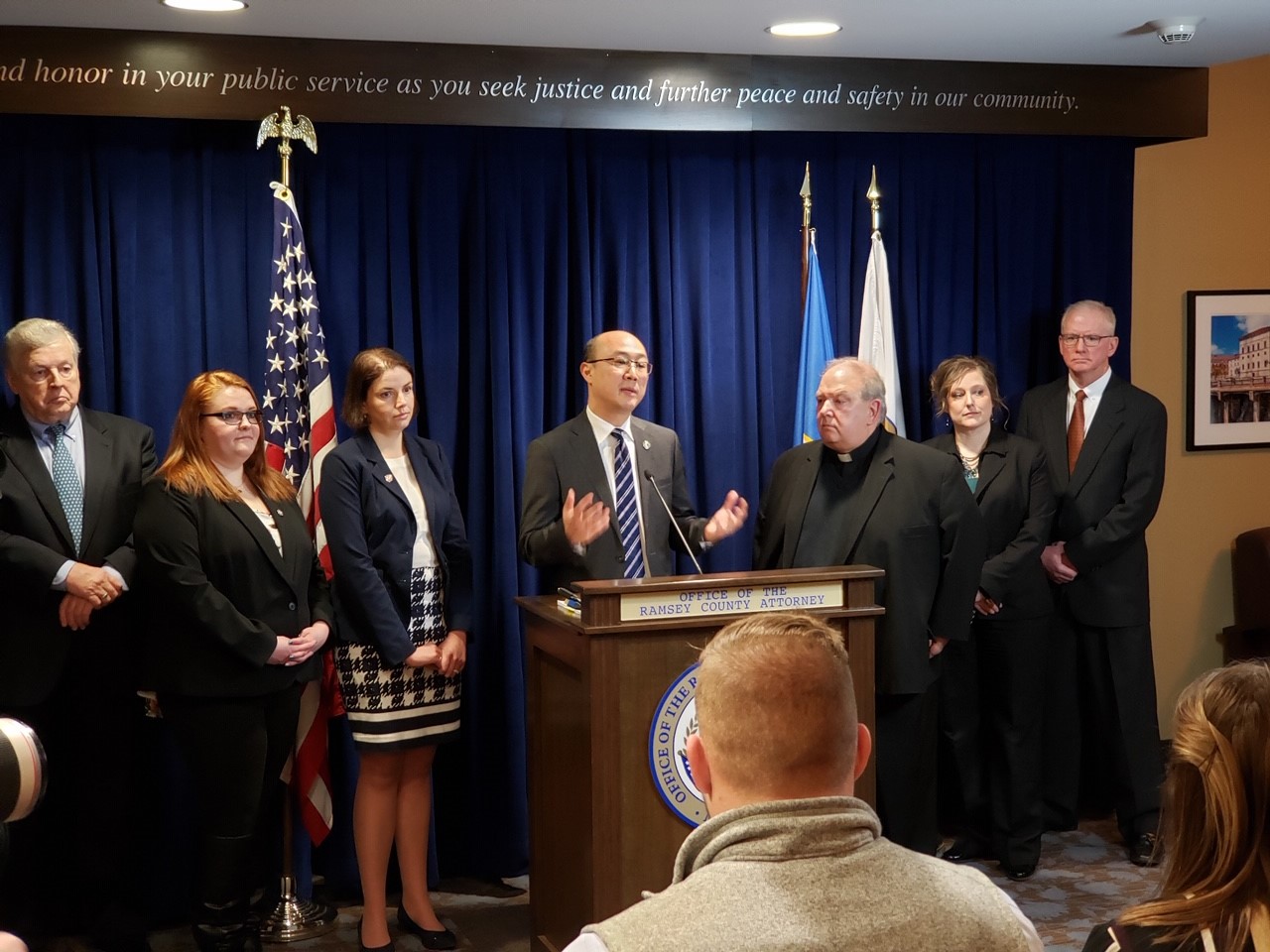 COMPARISON OF THE WRITTEN CHILD PROTECTION POLICIES OF THE ARCHDIOCESE OF SAINT PAUL & MINNEAPOLIS TO THOSE OF OTHER U.S. ARCHDIOCESES WITH RECOMMENDATIONS FOR IMPROVEMENT 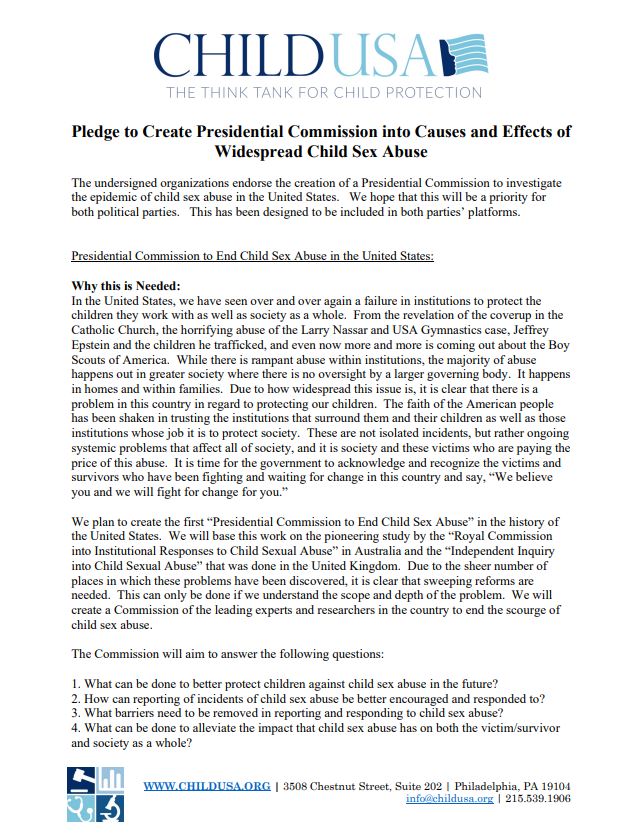 Join us in asking both the Democratic & Republican National Committees to sign our pledge to enact a federal investigation into child sexual abuse in the United States. Use your vote to help children. 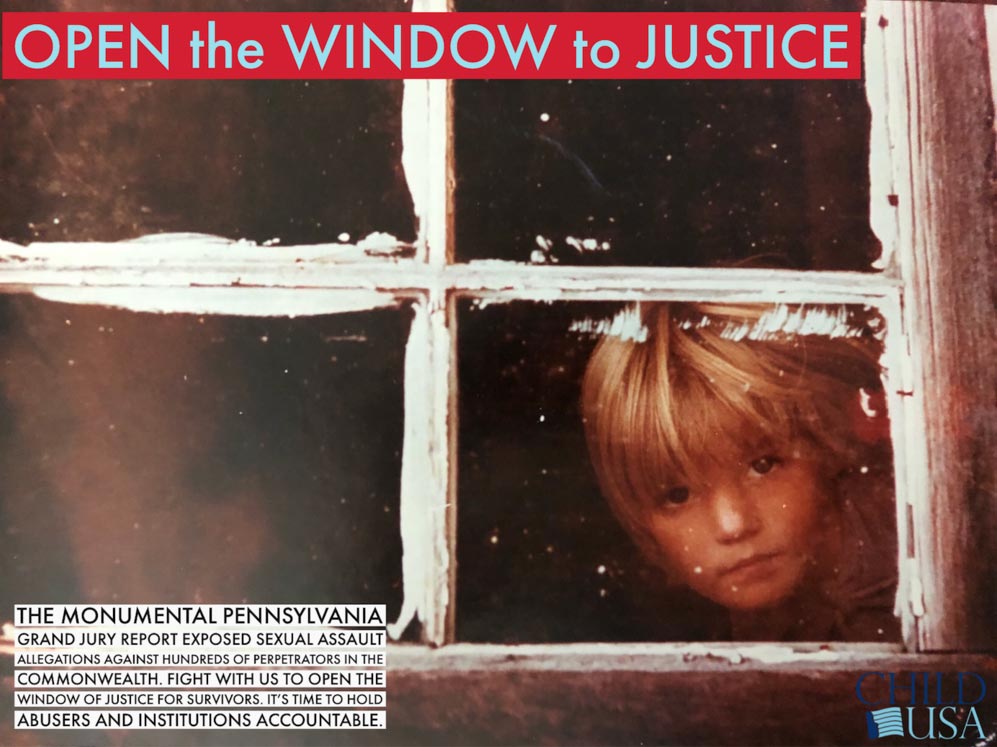 CHILD USA is launching a media campaign to send home the message that the victims of child sex abuse deserve a window to justice. Pennsylvania has some of the most backward child sex abuse statutes of limitations in the United States. The average age of disclosure of child sex abuse is age 52, but Pennsylvania blocks civil cases at age 30 and criminal charges at age 50. The greatest injustice is that almost all of the over 1,000 victims in the recent Pennsylvania grand jury report have no legal recourse.

“No justice is intolerable for a child sex abuse victim. The grand jury report demands window legislation that would revive all victims’ expired civil SOLs for a 2-year period,” says Prof. Marci Hamilton, CEO and Academic Director of CHILD USA. “We are proud to release this media campaign of survivors from the grand jury report saying it’s too late for prayers and apologies.The time for justice is long overdue.”

Despite the hundreds of abusers identified in the report—no victim can obtain justice in civil court. Victims need a window to shift the cost of abuse off of themselves and onto those who caused it. It’s only fair.

WATCH THE CALL TO ACTION