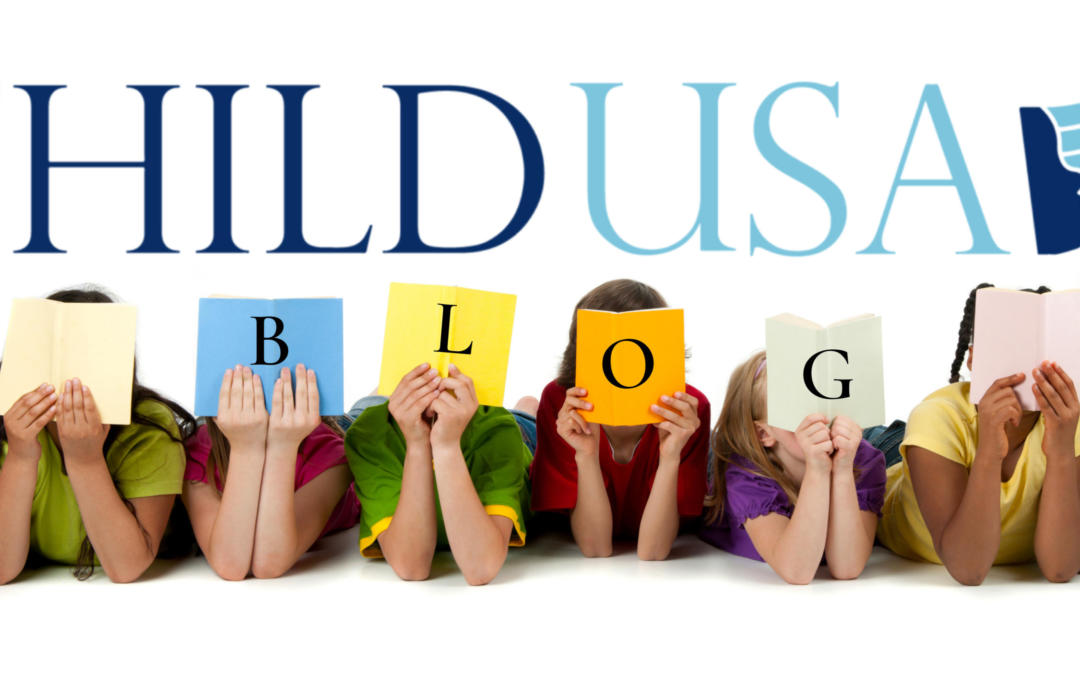 The latest issue of The Pennsylvania Lawyer magazine features an article by attorney Ashish Joshi, who is a proponent of the so-called “parental alienation defense.”  The article includes extensive discussion on the purported merits of parental alienation theory in our family court system.

The meaning of “parental alienation,” which was coined decades ago, is murky at best, but its contemporary proponents use the phrase to create the impression that there is an insidious and common process whereby a child comes to reject a parent as the result of psychological manipulation by the other parent.  It has become the go-to claim for parents accused of abuse to explain away abuse allegations; they were “planted” by the other parent.  Undoubtedly, there are problematic parental behaviors that can have a negative impact on the child-parent relationship, but the concept becomes damaging when it is interpreted as Joshi does.  It diverts attention away from the actual behaviors of abusive parents, and the reality of abuse in the family setting.  This was precisely the author’s intent in seeking publication of an article that is rife with misrepresentations and falsehoods that CHILD USA feels obligated address.

“Parental Alienation” Is Used to Divert Attention from the Abusing Parent

The article opens with a quote by Alec Baldwin from his memoir about his high-profile divorce from actress Kim Basinger wherein he is a supposed victim of the family court system. Baldwin, already widely known for his assaultive behaviors, encountered renewed questions about his short temper after the recording of a voicemail he left for his then 11 year-old daughter was leaked to the press. In that voicemail, Baldwin repeatedly name calls and hurls four-letter words at his daughter, disparages her mother, and makes vague threats of punishment.[1]

Under intense public scrutiny, the actor blamed his violent outburst on his ex-wife whom he claimed engaged in “parental alienation.”  In other words, his cruel behavior was supposedly caused by his wife.  This is not an unusual tactic for aggressors.  Abusers seeking to avoid accountability have been trying to claim the victim role by painting child protection as “alienation” since the term first emerged in the late 1980s. The legal strategy is to persuade the court to operate under the assumption that a child’s behaviors and attitudes toward the rejected parent are a result of manipulation by the other parent–rather than a natural response to inappropriate or abusive behaviors.

Unfortunately, the parental alienation defense continues to receive unjustified attention from the press—as evidenced by the publication of the article at issue—and family courts as well. The author’s false narrative of parental alienation and endorsement of its use as a legal defense for abusive and otherwise vile behaviors in family courts across the nation should be of great concern to the public.

The “Parental Alienation Defense” Is Not Based in Science

The concept of parental alienation was first introduced in the 1980’s by child psychiatrist Richard Gardner who began using the term to describe what he called the brainwashing of children by one parent against the other. Joan Meier, A Historical Perspective on Parental Alienation Syndrome and Parental Alienation, 6(3-4) J. of Child Custody 232 (2009). Central to his thesis was his unfounded belief that allegations of child abuse that arise in the context of family court proceedings are fabricated by pathological mothers seeking “the total elimination of the father.” Id. Despite what the author led readers to believe, neither the Gardnerian notion nor the modern iteration of parental alienation theory has ever been officially accepted by the psychological community. Indeed, it was—despite intensive lobbying by father’s rights groups—intentionally excluded from the DSM-5, which is the evidence-based classification of mental disorders relied upon by mental health professionals in the United States. Id. Moreover, numerous publications by the American Psychological Association over the past three decades have denounced the use of parental alienation as a shield against allegations of abuse in families. See, e.g., American Psychological Association, Report of the American Psychological Association Presidential Task Force on Violence and the Family (1996); American Psychological Association, Statement on Parental Alienation Syndrome (2008); Rebecca Clay, Inappropriate assumptions are common in family court, Monitor on Psychology, July 2014, at 34.

Additionally, the concept that a child can easily be alienated in the way the author describes has no basis in evidence. The most comprehensive study to date regarding rates at which children in custody disputes can be successfully alienated from one parent by another found that while 50% of the parents in that study engaged in behaviors that were known to undermine a child’s relationship with the other parent, only 6% of children extremely rejected that other parent. See Johnston, J.R., et. al., Is It Alienating Parenting, Role Reversal or Child Abuse? A Study of Children’s Rejection of a Parent in Child Custody Disputes, 5 J. of Child Custody 191 (2005).

The same study also gave support to the idea that some children were justified in their rejection.  Why?  Because of substantiated reports of child sexual abuse, child maltreatment, and/or domestic violence by that parent! Id.

Child Disclosures Are the Most Reliable Evidence of Abuse

Among the most dangerous falsehoods in the article, Joshi suggests that we can ferret out cases where a child unreasonably rejects a parent from those where the estrangement is justified due to parental abuse by considering the following: (1) whether the disclosure was made by the child prior to the divorce or separation, and (2) whether there were any witnesses to the abusive behavior. Joshi also suggests that children can develop false beliefs and memories of abuse as a result of parental manipulation. The implication of these statements is, of course, that we should be skeptical of children’s disclosures of abuse—particularly if made for the first-time post-separation. Not only are Joshi’s statements dangerous, but they are also wholly unsupported by scientific research.

To be clear, most crimes of child abuse have no witnesses, leave no physical evidence, and are concealed by the perpetrators. See generally, Walsh et al., Prosecuting Child Sexual Abuse: The Importance of Evidence Type, 56:3 CRIME & DELINQUENCY, 436 (2010). Moreover, there is no reputable research to support the notion that children can be brainwashed to believe that they have been abused when they have not. In fact, in instances of abuse or neglect, research suggests that children’s recollections of the events carry greater accuracy and are largely resistant to suggestibility. Ceci, et al., The suggestibility of children: Scientific research and legal implications, 86 CORNELL L. REV. 34 (2000).

“Alienation” Is Used Overwhelmingly Against Mothers Who Accuse Fathers of Abuse

Joshi attempts to play defense by assuring readers that courts do not see parental alienation as a gender issue. Yet, the overwhelming evidence suggests that court decisions are often informed by gender biases and incorrect assumptions about women’s motivations for disclosing abuse and advocating for their children’s protection. In a nationwide study of over 4000 cases, courts believed women only 21% of the time when they alleged child physical abuse and 19% of the time when they alleged child sexual abuse. Silberg, J., et al., Abusers Gaining Custody in Family Courts: A Case Series of Over Turned Decisions, 16(2) J. OF CHILD CUSTODY 140, 151-52 (2019). Even when the father’s abuse is proved in the court, mothers lost custody to the proven abuser 13% of the time. Id. Data also supports the critiques of parental alienation theory as it is used in custody litigation. Alienation virtually doubles the rates of mothers’ custody losses while halving the rate at which mothers’ abuse claims are believed.  Meir, J., et. al., Child Custody Outcomes in Cases Involving Parental Alienation and Abuse Allegations (2019), GWU Law School Public Law Research Paper No. 2019-56.

Family courts have not kept pace with the growing science of the dynamics of domestic violence and are typically insufficiently trained on issues related to child welfare and traumatology.  As a result, in too many cases, family courts are failing to recognize or take seriously valid complaints of abuse, particularly those raised by mothers and children.  Research shows approximately 58,000 children in the U.S. annually are court-ordered into the care of an abusing parent by our family courts. See, Leadership Council on Child Abuse and Interpersonal Violence, How Many Children Are Court -Ordered Into Unsupervised Contact With an Abusive Parent After Divorce? (2008). Since 2008, over 750 children in the U.S. have been murdered by a parent embroiled in a custody battle. See, Center for Judicial Excellence, U.S. Divorce Child Murder Data (Last updated, April 8, 2021). The concept of parental alienation has and continues to play a significant role in the denial of child abuse reports.

Training of family court personnel is an important step toward creating a safer environment for the children involved in custody disputes, particularly where allegations of child abuse or family violence are involved. By way of illustration, an evaluation of the judicial training program implemented by the National Council of Juvenile and Family Court Judges and the Family Violence Prevention Fund showed that family court judges overestimated their own skills and competence in handling complex custody cases involving intrafamilial violence prior to completing the training, but after six months of training were able to identify specific ways in which the training had a  positive impact on their courtroom practices in the areas of victim safety, batterer accountability, and judicial leadership. Jaffe, P., Enhancing Judicial Skills in Domestic Violence Cases: A Process and Outcome Evaluation of a National Judicial Education Program, Center for Research & Education on Violence Against Women and Children, University of Western Ontario (2010). In another study, family court professionals were asked to estimate what percentage of child abuse allegations they believed to be false. On average, they estimated that one-fourth to one-third of child abuse allegations were false, which dramatically overstates the reality.  Saunders, et. al., Child Custody Evaluators’ Beliefs About Domestic Abuse Allegations: Their Relationship to Evaluator Demographics, Background, Domestic Violence Knowledge and Custody/Visitation Recommendations, (June 2012). That study also found that more frequent workshops and lecture attendance as well as professional consultations increased the group’s correct beliefs that false allegations of violence and abuse are uncommon, that victims do not alienate children, and that domestic violence is important in custody decisions. Id.

Due to the concealed nature of family violence, it is essential that those charged with identifying family dynamics and determining how to best serve a child’s interests are extensively trained to identify signs of abuse and domestic violence.  Legislation establishing minimum training standards and an ongoing training program on these topics for judges and other professionals involved in child custody proceedings, would help make the family court system a safer place for children, which means less abuse and less cost to society.  A good example of such legislation is pending in the House Appropriations Committee in Colorado. The bill–which just passed unanimously in the Public & Behavioral Health and Human Services Committee –requires training for certain court personnel responsible for evaluating child safety in custody cases. See CHILD USA Testimony re: HB 1228, available at https://childusa.org/wp-content/uploads/2021/04/2021-04-06-CO-HB-1228-Testimony.pdfhildusa.org.

The false assumptions, biases, and discredited practices that Joshi perpetuates undermine the essential goal of custody decisions, which is to ensure that the best interests of the child are protected.  This false reasoning also tacitly encourages perpetrators of abuse by shifting the focus from the rights of child to the two adults in the scenario.   Allowing the parental alienation strategy to be sustained—through the courts or the press—is decidedly a step backward in the evolution of children’s rights.

[1] The full recording is available at https://gawker.com/254061/that-alec-baldwin-voicemail-in-full Note: it is potentially traumatizing.