With HB951 Tabled for the Summer, There Is No Summer Vacation for the Victims of Child Sex Abuse in Pennsylvania 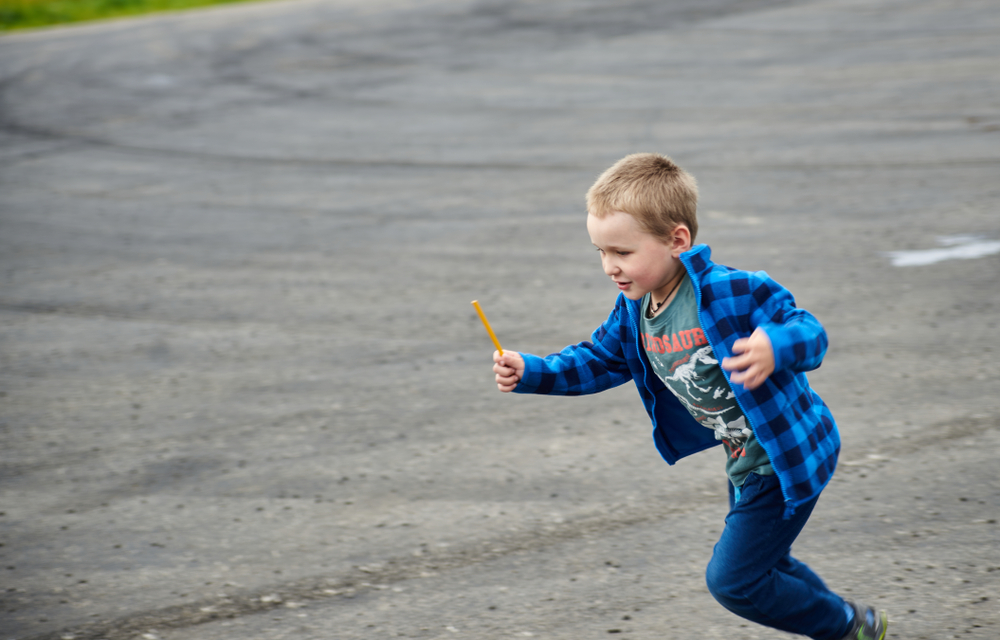 Well, well, well: Pennsylvania lawmakers and Governor Wolf had no problem reaching an agreement on the annual budget.  We can thank federal covid relief for filling state coffers.  Did you hear the celebrations coming from Harrisburg offices?   Yup!  It’s time for summer vacation!!   Who can criticize them for taking some time off?  Everyone deserves a break.

They didn’t do the ONE thing they morally should have done.   Everyone knows leadership has the votes to pass HB951—the bill that would create a 2-year window for child sex abuse victims—in both houses.   Yet, lawmakers and the Governor told survivors to go pound sand for the summer while they raced through the budget numbers and fled for the summer.

It’s not like Pennsylvania’s victims haven’t been treated like this before.  They have been repeatedly schooled in the cruel art of watching their dreams of justice and vindication dashed.

Since 2005, Pennsylvania lawmakers have twiddled their thumbs while the Catholic bishop and insurance PAC lobbyists concocted groundless constitutional objections to window legislation.   Then they had a constitutional amendment in hand that would have opened the courthouse doors in May, until they didn’t.  When the Wolf Administration dropped the ball so the constitutional amendment could not go through to the referendum stage, lawmakers did their best Casablanca imitations.  They were: “Shocked! Shocked!”

Senate leadership was never shocked enough to fix the error so that survivors would not have to wait another two error-filled, stressful years to see if the state can pull off an unneeded constitutional amendment.  They rushed right in to pass another constitutional amendment.  Yippee.   All the while, HB951—a straightforward statutory window—has been right there for the passage, but it didn’t pass before lawmakers packed their bags for the beach.  It’s not “off the table,” which means the next time it can be considered will be September 20th, when the Senate returns from summer vacation.

For the powerful, it is so easy to say to kids and to adults assaulted as kids, “I have so many important things to tend to.  Stand over there and don’t bother me while I deal with more important issues.”    The bishops did it, and so did the school headmasters, and sports administrators.   Now the Governor and lawmakers in Pennsylvania do it on an annual basis.

It’s hard to choose who is the most nauseating in this process.   The Governor isn’t getting any medals for bravery or leadership when he follows his Secretary of State’s massive failure with nothing even though he had leverage during the budget process.   Sen. Jake Corman, who theoretically leads Senate Republicans, couldn’t persuade Sen. Kim Ward to let HB951 go to the Senate floor for a vote—even though he had the votes.   Ward herself appears to be a study in corruption: this Senator without a law degree has been crouching behind lame and debunked constitutional arguments as she rakes in campaign donations from the Pennsylvania insurance PAC and listens raptly to the bishops’ lobbyists for campaign guidance, Long and Nyquist.

There is a mystery here, though.  What political advantage do the minority of Republicans opposed to HB951 like Ward expect to gain from obstructing the victims?

For one thing, the hidden child predator vote is theirs!  Surely no constituency was more thrilled with Ward’s blockade against the victims than the child predators.  Statute of limitations (SOL) knowledge is part of each criminal’s toolbox for avoiding apprehension.  You can be certain they keep an SOL calendar in their heads, if not their calendars, for each victim.

Lawmakers aren’t the only ones who welcomed summer vacation this year.  Thousands of hidden child predators across the commonwealth—who have thrived while Harrisburg dawdled but who may have had less access during the pandemic—are no doubt thrilled that they get another summer of anonymity.   Being identified by prior victims can put such a crimp in the plan to rape the next kid.

Of course, if you have the pedophile vote you aren’t going to get the kids’ vote.  Wait—

But there is the parent vote.   Parents often care about their children’s safety.  What campaign slogans will Republicans deploy next fall to grab that parent vote?  Remember, this is the party of “family values.”   They could try: “Vote for me so you don’t know whether your kids’ teachers are rapists!  Who wants to know that?!!!”  They could adopt the see-no-evil, hear-no-evil, speak-no-evil monkeys as their campaign mascots.  Catchy!

This Issue Isn’t Going Away

For those lawmakers living in LaLa land, who are secretly hoping that this issue will melt away over the summer, think again.

Pennsylvania Survivors are really sick and tired of living outside their comfort zone to fight for justice and child protection and then being callously sidelined.  They are also weary as they work and raise their families while carrying the mantle of fighting for justice.  You can hardly blame them for being annoyed when lawmakers and the Governor keep kicking the can of child protection and justice down the road.  Yet, they are carrying a moral burden with dignity and their ranks are swelling, not dissipating.  They are heroes unlike those who escaped Harrisburg without doing a damn thing for them.

Yet, it is not solely what is happening in Pennsylvania that puts lawmakers and the Governor in an unflattering light.   The country is listening to survivors while PA tunes them out.  The pace of change was building for years.  2019 was a banner year.  Only a pandemic was able to slow the pace, as you can see here.

Windows were passed in the first half of 2021 in 6 states: Arkansas, Colorado, Kentucky, Louisiana, Maine, and Nevada.

They are pending in 6 states: Indiana, Massachusetts, Michigan, New York, Ohio, and Pennsylvania. 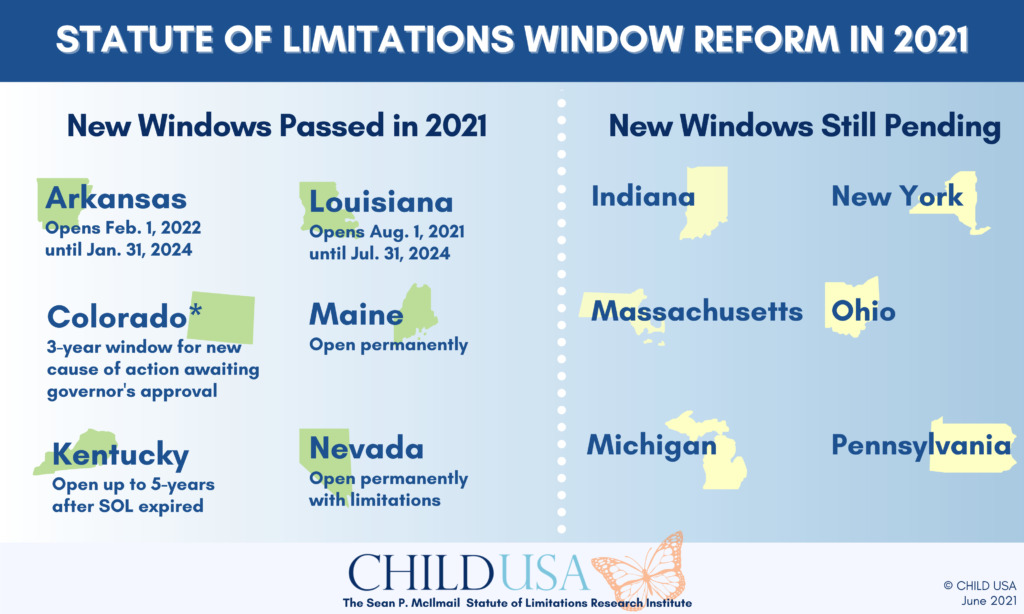 Trust me, this issue isn’t going away. Survivors, their families, advocates, and so many good people will be hard at work all summer and then back in Harrisburg in September. They have no plans to disappear, unlike their elected representatives.