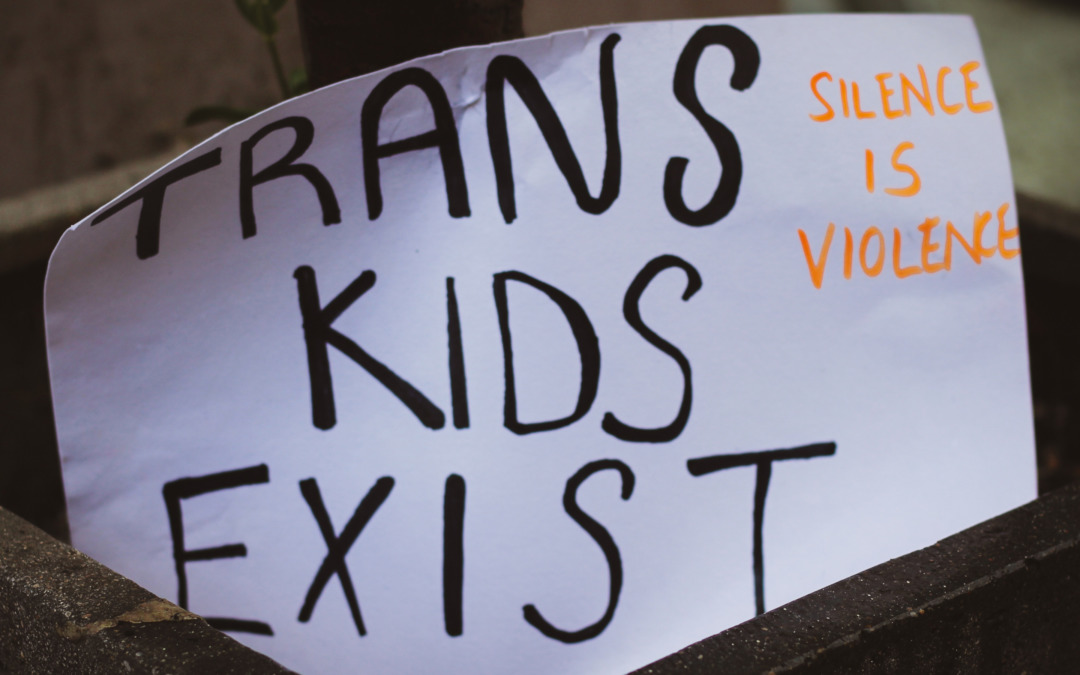 Over 100 pieces of anti-trans legislation have been introduced to state legislatures across the country in 2021. These bills are part of the coordinated movement by conservative legislators to limit the rights of transgender[i] people at-large, and many of these discriminatory bills target transgender children specifically. As an organization dedicated to protecting children, CHILD USA stands firmly against all policies and laws that restrict the rights and freedoms of transgender youth. We proudly support the right of transgender children to grow and develop in supportive environments that affirm their gender identities.

What Are Some Examples of Anti-Trans Bills?

Other bills would require transgender girls to undergo hormone therapy as a prerequisite to participating on girls’ sports teams. At the core of this policy is the flawed argument that transgender girls have an unfair advantage over their cisgender[ii] peers due to supposed higher levels of testosterone. Proponents of compulsory testosterone suppression for transgender athletes believe that it levels the playing field between transgender and cisgender girls. In reality, these policies are not based in science and are discriminatory attacks on kids who cannot – or choose not to – undergo medical treatment.

Some discriminatory bills go so far as to literally redefine child abuse to include providing transgender children with gender-affirming healthcare. If Texas SB 1646 – which passed the Texas Senate in April – becomes law, parents who allow their children to receive hormone therapy or puberty blockers could face up to 10 years in prison and have their children placed in foster care. If this law passes, loving and supportive parents of a transgender child could face imprisonment or have their parental rights terminated for simply allowing them to receive the healthcare they desire. Families will be forced to flee the state of Texas if they wish to provide their transgender children with gender-affirming healthcare without the risk of penalty.

Redefining child abuse to include gender-affirming healthcare is a disastrous policy that distracts from the real physical and sexual abuse of children. The best research finds that 1 in 5 girls and 1 in 13 boys will be sexually abused before they turn 18-years-old, and a 2012 report found that approximately 1/3 of the perpetrators of child sex abuse were family members of the victim. Rather than penalizing supportive parents of transgender children, legislators in Texas should focus on preventing child abuse and providing access to justice to the victims who have been denied justice due to the statute of limitations for child abuse.

Other pieces of anti-trans legislation currently being considered in the US would criminalize transgender children simply for living true to their gender identity. If Minnesota HF 1657 becomes law, a trans girl who uses a facility – such as a communal restroom or dressing room – consistent with her gender identity would be guilty of a misdemeanor (punishable by up to 90 days’ jail time and/or a $1,000 fine). Under the bill’s provisions, a transgender girl who participates on girls’ sports teams would be guilty of a petty misdemeanor (punishable by a fine of up to $300). A transgender girl of elementary or high school age could spend months in jail simply for using the restroom consistent with her gender identity. If signed into law, this hateful policy would criminalize Minnesota’s transgender children who bravely live true to their authentic selves.

What Are the Harmful Effects of Anti-Trans Legislation?

Bills like Florida S1028 and Minnesota HF 1657 aren’t just about sports or bathrooms. These pieces of legislation are designed to render transgender children invisible by pushing them out of public life entirely. They are particularly dangerous because one’s experiences during childhood significantly impact their growth and development, and because transgender youth already face a number of heightened vulnerabilities.

Just today, the United States Supreme Court rejected an appeal by the Gloucester County School Board of a lower court decision that found its transgender bathroom ban unconstitutional. Gavin Grimm, the transgender individual who sued after his high school refused to let him use the boys’ bathroom, said, “I am glad that my years-long fight to have my school see me for who I am is over. Being forced to use the nurse’s room, a private bathroom, and the girl’s room was humiliating for me, and having to go to out-of-the-way bathrooms severely interfered with my education. Trans youth deserve to use the bathroom in peace without being humiliated and stigmatized by their own school boards and elected officials.”

Through anti-trans legislation, lawmakers are using their power to further marginalize transgender children to the outskirts of society. A nationally representative sample from the Human Rights Campaign found that while 68% of all youth currently play on a sports team, only 14% of transgender boys and 12% of transgender girls currently play on a sports team. Laws banning or limiting transgender girls in sports will make this already small percentage even smaller. As such, trans youth will be unable to reap the benefits of sport for development, including “increased self-esteem and self-confidence, improved academic performance, stronger feelings of school-based social support, and broader community connectedness.”[iii] Benefits like these are extremely important, especially for a population that already faces heightened vulnerabilities and increased risk of harassment, rejection, victimization, and discrimination.

In addition to the societal rejection from being banned from aspects of public life., anti-trans legislation could contribute to the rejection that transgender children face in their home environments. If parents believe the transphobia rampant in these pieces of legislation, it could contribute to them denying their child’s transgender identity or to rejecting them entirely. Tragically, a Williams Institute survey of 138 youth homelessness human service agency providers found that family rejection was the primary reason for transgender youth homelessness in 90% of cases.

Such internalized transphobia could push transgender children towards suicidality or cause them to deny their identities and remain in the closet. This is harmful as research finds that LGBT individuals who are out of the closet have lower levels of stress, depression, and anxiety than closeted LGBT individuals. When trans kids have to hide their identity to play sports, to go to the bathroom, or to remain safe at home with their parents, it will inevitably have negative consequences on their emotional, physical, and mental well-being.

Instead of policing which bathrooms transgender kids use or their levels of testosterone, our country’s lawmakers should focus on remedying the many hardships trans kids face – including higher rates of harassment, bullying, anxiety, depression, suicidal ideation, and homelessness than their cisgender peers. As advocates for child protection, we must stand against anti-trans policies and focus our attention on improving the lives of transgender children. We should celebrate our trans children who choose to live true to themselves, and work towards a world where it is safe for all transgender children to do so.

[ii] According to the It Gets Better Project, a cisgender person is someone whose gender identity matches the gender they were assigned at birth.

The Trevor Project: Visit www.thetrevorproject.org or call their hotline at 866-488-7386.

Definitions from the It Gets Better Project:

Cisgender: A person whose gender identity matches the gender they were assigned at birth.

Sex: At birth, infants are commonly assigned a sex. This is usually based on the appearance of their external anatomy, and is often confused with gender. However, a person’s sex is actually a combination of bodily characteristics including chromosomes, hormones, internal and external reproductive organs, and secondary sex characteristics. As a result, there are many more sexes than just the binary male and female, just as there are many more genders than just male and female.