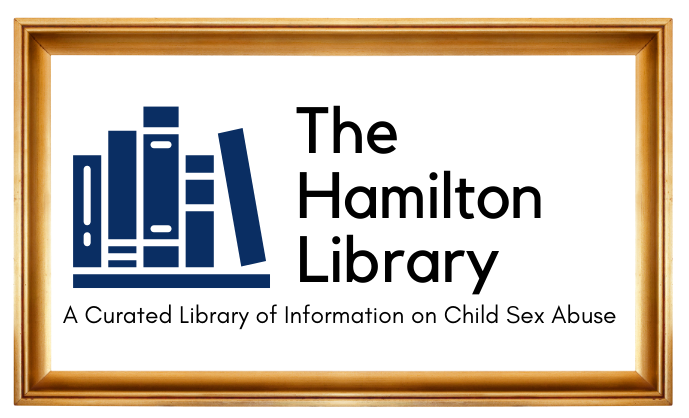 ​We decided to include sports and arts under one heading, because they both often involve celebrities or powerful people who get access to a child through the child’s extracurricular activities. Whether it is the talent agent in Hollywood or the coach in the Olympic system, children have been caught in a web of abuse that is tightly tied into their passions and ambitions. It is a toxic stew that can reinforce the child’s confusion and tragically delay reporting.

Both of these arenas have been resistant to reforms that would prioritize the well-being of children. Getting an abusing coach removed from the sport has bedeviled many, including Sarah Powers Barnhard. She and two other survivors disclosed the abuse by their volleyball coach, Rick Butler, in a 1995 Sports Illustrated story. He was removed, but was permitted to return 5 years later, and he was still coaching as late as 2018 and seen outside a competition in 2020. Of course, the world watched as the victims of USA Gymnastics doctor Larry Nassar stood up bravely in court to read their victim impact statements. Their struggle to get justice and real reforms in sport continues. There is a great deal that still needs to be done, and CHILD USA’s Game Over Commission is focusing on these issues.

Celebrities accused of child sex abuse have been able to harness their extensive social media and public relations assets to attack their victims. The victims have had to withstand horrific trolling on social media just for telling their truth, and there has been little recourse available. These brave survivors like Corey Feldman are having to mount an expensive –both financially and emotionally—public defense just to stand up for the victims in Hollywood and the industry generally. The #MeToo and #TimesUp movements have a long way to go before victims have justice and not just a forum to speak. I hope you will see from this list the need for ongoing advocacy and concern about the risks to our children in dangerous settings.

Our selected books are typically available in public and/or university libraries.

The high pressure coming of age story explains how Jennifer Sey lost sight of her physical and emotional well-being and eventually learned how to prioritize both through a journey of self acceptance.

The book is an autobiographical memoir about Corey Feldman’s journey to heal and discuss the abuse he has experienced.

The autobiography chroniciales Aly’s journey from a mommy & me gym to the Olympics including honest discussions of the difficulties along the way.

by Bill Moushey and Bob Dvorchak

The book depicts the way that institutions and leaders at the highest level of Penn State helped protect Gerald Sandusky and hide his behavior.

The book gives voice to the stories of the countless girls who were abused by Dr. Larry Nassar for decades.

The story chronicles Olympic swimmer Casey Legler and her experience of isolation during her Olympic career and childhood.

This book provides a real view of the physical and emotional toll on young girls who work to achieve Olympic dreams.

The book is a comprehensive report about the cases related to Gerald Sandusky and his abuse of Penn State football players.

The book discusses Remini’s eventual split from the Church of Scientology as a result of her search for the truth.

What is a Girl Worth

One Year After the Nassar Sentencing, the Survivors Continue to Inspire Change by Lauren Green from the Sports Illustrated

Recommendations for Preventing Child Sexual Abuse in Youth-Serving Organizations: Implications From an Australian Royal Commission Review of the Literature By Kaufman et al.

Sexual Abuse in Sport: A Model to Prevent and Protect Athletes by Sylvie Parent and Guylaine Demers

USA Gymnastics Isn’t Talking About the Past—But Maybe It Should! by Lauren Green from the Vice

Aly Raisman on The View

A Panel Discussion on Broken Trust: Sports in the #MeToo era

At the Heart of Gold